A beginner-friendly PinGolf tournament will take place on Saturday, August 13th 2022 during the show, and is anticipated to run from 10AM until 4PM, with a final round starting at 4:30PM and ending at about 6PM.

The tournament will be open to all ages, and will have prizes for both kids and adults. 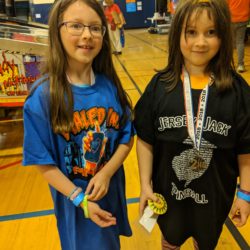 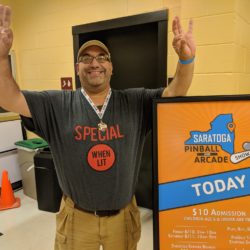 There will be 9 “holes” of the PinGolf tournament, and each hole consists of a goal to be achieved on a pinball machine, such as reaching particular score, or activating a certain feature on a game (such as multiball mode), or activating the game’s “special”.

The entry fee will be free for kids ages 12 & under, and $5 per entry for participants ages 13 & up. There will be a maximum of two entries for each player.

This will be an IFPA (International Flipper Pinball Association) event, with each player’s finishing position used for ranking within the world of competitive pinball.

Entry fees will fund the prize pool, medals, and $1 from each player will go to support the IFPA.

The top 4 open tournament winners will each receive a medal and a portion of the cash prize pool. .

The top 4 kids tournament winners will each receive a medal.

Additional prizes may become available prior to the tournament date.

Details about the games, qualifying round, playoffs, and final round are below.

The list of games selected for the tournament and the objectives for each game will be available on Saturday morning at the start of the tournament, and will be identified on each game.